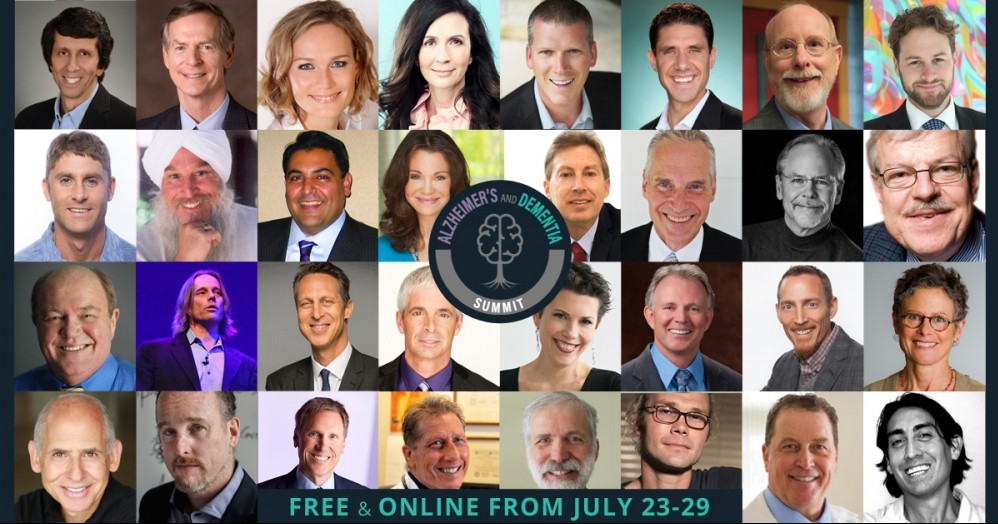 Brain disorders, including memory loss, are fast becoming the single biggest health problem in the world, and the statistics are incredibly grim…

Let’s work together to prevent it from happening to you!

Yes it CAN be prevented and even reversed, but why let it get that far!

Register to attend this week long event for free, and receive the free gifts

– yet we’ve already had the Smart Caregivers event this year which had a ton of excellent advice and seeing people reverse Alzheimer’s through a number of the early to mid stages. And no reason for people to progress to late stage when awareness is make a priority – so get informed.

– I did reverse it with some EPA, oxygen, herbs, but very nearly didn’t find the right advice. I’m here today with brain function, I was nearly left without it, like so many other people I’ve seen along the way, most don’t actually get to restore it, they are not told it can be done or how it may be done.

What about the Alzheimer’s charities?

The doctors and researchers are bought into a medical model of ‘a pill for an ill’, this time of year the Alzheimer’s ‘charities’ are fundraising for research into that ‘pill’, and are not interested in solutions that don’t cost billions of dollars, it will cost you but pay them. This time last year when Jonathan was airing the 2017 summit guess what – facebook pulled his ad campaign becaue the Alzheimer’s charities were advertising ‘there is no cure for Alzheimer’s’ – !!!? It’s not about healing Alzheimer’s and dementia out there folks, where’d be the money in that!!

I was a scholarship student suddenly left with a rapidly deteriorating brain and it was caused by doctors who not only could not fix it or even stop the decline but doctors who reacted very badly to the situation and ignored me too.

*Igennus EPA at a very high dose of 8 capsules a day about 4g pure EPA immediately halted the decline but it takes MUCH longer to repair, the brain can deteriorate rapidly but rebuilds very slowly – yet the doctors don’t admit to it rebuilding, certainly not outside a presription – yet we know nothing they offer stops the progression of Alzheimer’s. I alsoro took some Master Herbalist circulation tintures, which have been banned from over the counter sale by Europe in 2004, cannot be labelled as ‘good for circulation’ without a multimillion dollar drug trial.

You think the researcher wanted to know how I did it?

Oh, do you think they were interested when I restored brain function? I had attended a lecture by a researcher when I was first ill and still able to move, he was saying people with ME had the brain blood flow of a stroke victim but that they didn’t know how to repair it – well he was not interested either unless recovery comes from a pill they can market and profit from.

There are some excellent explanations within functional medicine for Alzheimer’s type illnesses, and Court Vreeland has given some excellent lectures at FMU on the subject.

I have not yet listened to the talks for this summit, but am looking forward to seeing what they offer this year, they always leave someone out though that I wish was in there 😉

**Please note, ME is not CFS or fibro, as David Brady claims. At least the researcher was correct about that!

Calendar powered by The Events Calendar